“Accident” – A Story by Himanshu Panchal

This story begins with a girl who was trying to cross a busy street of a town. It was 9 AM in the morning and everyone was in a hurry. There were no signals and everyone was crossing street from every possible direction and going in direction wherever they want to. Simultaneously, all the vehicles were running on the road. The girl was waiting for a clearer road so that she can go to her destination. Going back and forth, she has been trying from the last 15 minutes but was not able to do so. Finally, she decided to show some courage, she jumped on the road and started racing towards the other side of road. As soon as, she reached the middle of the road, a motorbike coming from the other side hit her hard. She fell down, her belongings scattered on road. People started to gather around her. The motorbike owner came near her; they both saw each other but said nothing. They both knew that the accident happened because they both were in a hurry and it was not a single person’s fault. The motorbike owner helped her to get up, collected all her belongings and handed over to her. Then they both went on their ways.

A few days later, the girl was sitting in her office reception doing her paper work. Suddenly a voice came, ‘Hi, are you all right?’. The girl looked up and recognized boy, it was same person whom she met in accident. The boy asked again ‘Are you alright? That day I was in a hurry and couldn’t ask.’ Girl replied ‘I am fine. How are you?’

Boy: I am also fine. Actually I came here for some work and saw you here. Do you work here?

Girl: Yes, how can I help you?

Boy: I was looking for some course which can help me in my area of work. Can you suggest me any course?

Girl: Sure, this is what our institute does.

Then she explained all the related info and the boy joined a course over there. He started stopping near the reception for a while on his way to the classroom, to greet the girl. Soon they exchanged numbers and started having conversation. Their feelings grew deeper as they started liking each other. 2 months later when it was time for boy to leave the institute, he thought that he’ll confess his feeling to the girl and ask her to marry him.

But the girl was not coming to office from last couple of days, so he asked one of her friends from the institute. Her friend told him that the girl got engaged and will soon be married to someone. The boy was in agony, he never thought that the girl would do something like this without informing her. But he considered it as fate and left the town with sweet and sorrowful memories of that girl.

1 year later, the boy was attending a marriage ceremony of one of his friends. Suddenly he saw a girl who looked like her. He shook his head and dumped the thought. Again, he saw her, standing near the bride and chatting with other girls. He thought he’ll wish her for her marriage and went to her. The girl recognized him but turned her gaze. The boy reached near her and called her name. Girl turned towards him and smiled though he could see that the smile was not the same as it used to be. She looked a little tired and pale. The boy wondered whether she was tired because of the function or it was the reaction after seeing him. Still, he congratulated her for her marriage. The girl smiled and said nothing. Once again they parted their ways.

Later the boy came to know that the girl never got married. Her parents fixed her marriage with one of the boy from family of a friend but the girl denied the proposal and never gave any reason. After hearing this, the boy’s heart went into a tizzy. He decided to call her and asked the reason.

Next day he called her and asked her to meet him. They met as decided and the boy asked her the reason for denying from marriage. After hearing the reason from the girl he was shocked and couldn’t say anything. The girl said ‘When my parents arranged my marriage that time I couldn’t say anything to them but later I came to know that I will not be happy in this marriage because I had developed deep feelings for you. This marriage will just be a compromise and neither of the families will be happy in future. So I called off the marriage.’

That night the boy thought a lot and called the girl and asked her if she still has feelings for him. The girl hesitated, but said yes. The boy asked her if she will marry him. The girl started crying and said yes. They talked till morning and told entire story to their parents. Their parents were shocked but were happy because after a long time they saw their children’s happy faces. Now they knew that their children will always be happy. Soon they arranged a meeting and fixed a date for their marriage.

The Girl and Boy both were so happy and thanked the god. This is how an unfortunate accident turned into a beautiful incident of their life. 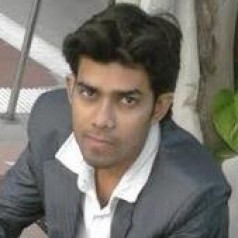